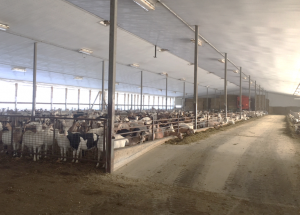 Commercial livestock systems, regardless of the species, are typically geared towards promoting good health and production of the animals. Other factors that might be important to the animals, such as to perform natural behaviours, do not necessarily take precedence. The Animal Welfare Team at AgResearch in New Zealand has been exploring how we can shift on-farm practices to be more focused around animals’ natural behaviours. These management shifts are often informed by the animals’ preferences and may be quite simple.

A recent example produced by the Animal Welfare Team examined potential alternative ways of offering feed to commercially housed and was published in collaboration with the University of British Columbia’s Animal Welfare Program.

Rather than grazing, as we are used to seeing cows and sheep doing, goats are natural browsers. They have been reported to spend anywhere between 20 and 90% of their feeding time sampling different types of vegetation. Some of this browsing time can be in a ‘bi-pedal position’. Simply, this is where goats perch on their hind legs and stretch upwards to eat. Using this evidence, the recent study gave goats their daily feed ration at three different heights and let the goats ‘vote with their feet’.

What happened was not entirely unsurprising, but was the first study of its kind to suggest that tapping into goats’ natural motivation to eat from an elevated surface improves feed intake – and may therefore directly benefit farmers too since more feed consumed often equals better milk production!

Goats ate more from a feeder that allowed the goats to perch and feed above their head. They also visited this feeder more than when the feed was presented at a level that mimicked a grazing posture. An unexpected finding was that goats actually more to access this feed that was presented above their head. Since the feed was identical as offered in the other feeders, the increased competition is a good indication that the goats were keen to adopt the position promoted by the elevated feeder. 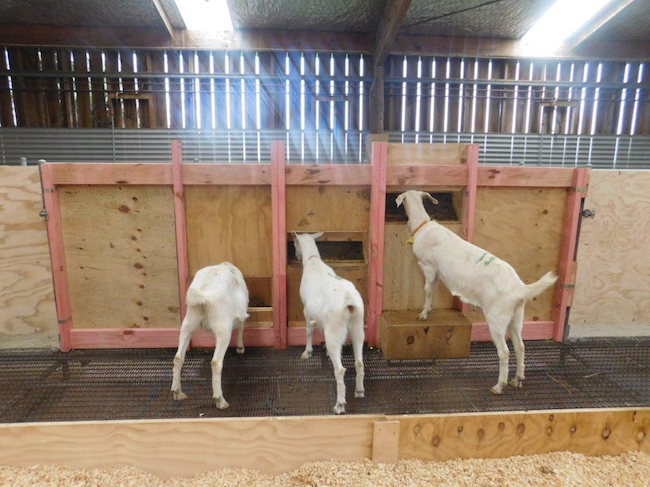 Interestingly, there are already farmers in Canada exploring the option of presenting feed in this way. They show that simple changes, which promote natural behaviour and better meet the goats’ needs, are possible. And positively, some of these changes could actually improve production – which in turn is a positive situation for both the animals and the farmers.