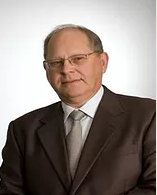 Brent is President of Verus Swine Management Services Ltd located in Calgary. Verus has ownership interest in and provides complete management services to, a number of large swine operations in Alberta. Brent also serves the Swine industry as Chairman of the Board of Western Hog Exchange, a position that he has held since April 2011.

Brent Moen has over 35 years of feed mill and livestock management experience, obtained while working for world-recognized companies including Maple Leaf Foods, Landmark Feeds, Elite Swine and Cargill. Brent has a diploma in Applied Arts, Accounting major and has supplemented this education with numerous management development and leadership programs throughout his working experience. 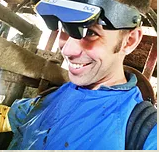 Dr. Cody Creelman is a beef cattle veterinarian and practice partner of Veterinary Agri-Health Services in Alberta, Canada. His veterinary interests include bovine pathology, large animal surgery, cow/calf and feedlot production medicine. Cody is also very passionate about veterinary mobile technology. This includes consulting on veterinary application design projects, as well as digital marketing and social media platforms. Check him out on his website, Twitter, Instagram, Snapchat (creelmancody), Vine, or YouTube…… he is active on them all!

Veterinary Agri-Health Services Ltd. is a health management oriented veterinary practice that provides high quality professional services to feedlot and cow/calf operations across western Canada. Our primary goal is to work collaboratively with our clients and other industry professionals to maximize the health and productivity of individual herds with a cost effective program consistent with the goals and objectives of each producer. 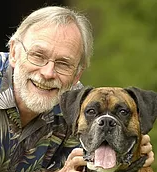 David Fraser has maintained a strong interest in animals throughout his 43-year career of research and teaching in animal welfare and applied animal behavior. He is currently Professor in the internationally respected Animal Welfare Program of the University of British Columbia in Vancouver. He has served as a scientific advisor to many organizations including the World Organization for Animal Health (Paris), the Food and Agriculture Organization of the United Nations (Rome), and the Food Marketing Institute (Washington). He is the author of Understanding Animal Welfare: The Science in its Cultural Context (Wiley-Blackwell, 2008), and is in high demand as a lecturer. He is father of four, grandfather of three, and a diligent but bad pianist. In 2005 he was appointed Member of the Order of Canada for his contributions to science.

Managing Partner at Intensions Consulting, Nick Black’s expertise is in market research and market psychology. Over the past ten years he has lead research projects across Australia, Europe and North-America for a range Global 500 and non-profit clients. Nick holds a Bachelor of Business and a Master of Arts. He has presented at events organized by the American Marketing Association, Market Research & Intelligence Association, Qualitative Research Consultants Association and TEDx, and has been quoted in the Vancouver Sun, Calgary Herald and Edmonton Journal. 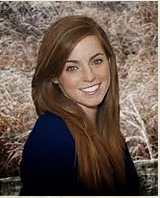 Debra Murphy is a writer, farmer and photographer who calls Alberta’s Special Areas home. After graduating from the University of Alberta with a B.Sc. in Agriculture in 2010, Debra participated in a six-month volunteer exchange to Nova Scotia and Indonesia. Returning to Canada, she then spent two years co-managing the family farm, was accepted into the Cattlemen’s Young Leaders mentorship program and traveled to Australia for the 2013 Five Nations Beef Alliance conference. Debra is the Saskatchewan Field Editor for RealAgriculture.

During his early years, Dr. Church spent time growing up on his grandfather’s ranch and working in the family butcher shop and meat processing business in south western Saskatchewan. He holds three degrees: BSc. in Agriculture, DVM and MSc. He has worked for a large farm with a medium sized feedlot, a 200 sow confinement operation and a 150 cow herd in the 1960’s. Following veterinary practice in southern Alberta, he was appointed as an Assistant Professor at WCVM in the 1970’s and then worked with Alberta Agriculture for 21 years. During his time with Alberta Agriculture, he worked with the livestock industries in the early formation of AFAC and was closely involved with the Alberta SPCA and animal welfare issues and enforcement of the Animal Protection Act and the Meat Inspection Act.

Since retiring from government service at the end of 1999, he has managed a ranch near Calgary raising bison, elk and cattle, also with a brief experience with white tailed deer and reindeer. He served on the AFAC Board as the Elk Commission representative for 4 years and is a former chairman of AFAC. He possesses a broad knowledge of livestock production methods and systems and strongly believes that animal welfare is fundamental to sound livestock production practices.

Dawn graduated NAIT in 1999 with an Animal Health Technology Diploma and started raising commercial boer/kiko goats in 2012.  She currently sits as a director of the Alberta Goat Association, and has done so since 2013. Dawn is involved in promoting the goat industry to the general public, agriculture industry, government and through events such as Farm Fair, Capital Ex, and the AGA Annual Convention. She has a passion for animals and sees the goat industry thriving in Alberta.

Dawn has three children that are actively involved in the farm, as well as her husband Cody. As of right now, they currently have approximately 70 goats that they raise west of Tofield.

Hugh Simpson is the Proprietor Beekeeper at Osprey Bluffs Honey Company. He is a commercial beekeeper with beehives on 20 farms across several Ontario Counties. Before beekeeping, he worked in executive positions in the banking and insurance sectors across Canada and the US. Hugh is an active member of the commercial beekeeping and general farm community in Ontario. He is a Board Member of the Grey County Federation of Agriculture, a Policy Advisor to the Ontario Federation of Agriculture and a founding member of an Independent Commercial Beekeepers Organization in Ontario. Hugh is regularly asked by Ag organizations and media to speak on the health of bees and beekeeping in Ontario..