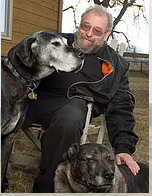 Bernard E. Rollin, PhD, is a bioethicist and professor of philosophy, biomedical sciences, and animal sciences at Colorado State University. He’s the author of numerous articles and several books, including Animal Rights and Human Morality; The Unheeded Cry: Animal Consciousness, Animal Pain and Science; Farm Animal Welfare: Social, Bioethical, and Research Issues; and Science and Ethics, and is the editor of The Experimental Animal in Biomedical Research. 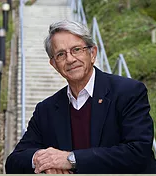 David Mellor has received many awards for his contributions to animal welfare science and the practical management of animal care, including appointment as an Honorary Associate of the Royal College of Veterinary Surgeons, UK, and as

an Officer of the New Zealand Order of Merit. In 2015 the Universities Federation for Animal Welfare (UFAW) awarded him its Medal for outstanding international contributions to animal welfare science.

During the last 25 years, David has served on numerous national and international advisory committees, working parties and other groups. He has also acted as an animal welfare consultant to government departments and other bodies in various

countries. He has wide experience of integrating scientific, veterinary, industry, consumer, animal welfare, legal, cultural and other interests during the development of animal welfare standards, regulations and legislation in New Zealand and internationally. 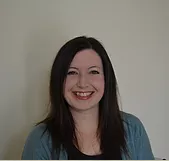 Yolande Seddon is Assistant Professor of Swine Behaviour and Welfare at the Western College of Veterinary Medicine, University of Saskatchewan, Canada. Yolande conducts applied swine behaviour and welfare research covering all aspects of swine production, of which her previous research includes management of the gestating sow, economic evaluation of higher welfare sow housing systems and pain behaviour in swine. Her research goal is to contribute to the development of lasting solutions to welfare challenges encountered in modern swine production.

Prior to joining the WCVM, Yolande spent four years as a research associate with the Prairie Swine Centre. She trained in the UK, studying animal behaviour and welfare during her BSc and MSc, with a postgraduate exchange in the Netherlands. Specialising in pigs, she received her PhD in 2011 from the University of Newcastle, UK, researching management strategies to promote health in finisher pigs.

Yolande works closely with the Canadian swine industry and she is a regular speaker at industry meetings and workshops. In her role at the WCVM, she continues to work closely with the Prairie Swine Centre and is working to expand a research team to contribute scientific findings on swine welfare. She is the section editor (farmed pigs category), for the scientific journal, Animal Welfare.

Mike grew up on a farm in Ontario that was a large poultry operation, a farrow to finish swine operation, a purebred Hereford farm, and a large standardbred racehorse stable.

Dr. Petrik received his DVM degree from the Ontario Veterinary College in 1998.  He began working as a mixed large animal veterinarian until 2000 when he started working as a laying hen veterinarian at McKinley Hatchery, a position he’s had ever since.  In 2013, Dr. Petrik graduated from the University of Guelph with a Master of Science degree in Animal Welfare.

Since then, Dr. Petrik has worked on the scientific committee for both the Canadian Meat Bird and Canadian laying hen Code of Practice, and as a member of the code development Committee for the Laying Hen Code of Practice. Dr. Petrik was the project director for a $2M Farm and Food Care initiative that delivered multi-species animal welfare training resources.  He has also worked with the Poultry Industry Council to develop a poultry euthanasia course that has been delivered to over 1000 farmers across the country. 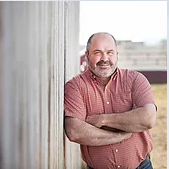 Ed is recognized internationally for his research on the behavior and welfare of beef, swine, dairy, and rodeo animals, as well as expertise in animal welfare standards and legislation. Dr. Pajor has served on the scientific review committee for 3 different

Dr. Pajor has been an Associate Editor for the Canadian Journal of Animal Science and has served on the Editorial Boards of the Journal of Animal Science as well as Applied Animal Behavior Science and as a Regional Secretary to the International Society of Applied Ethology. Dr. Pajor has served on the animal welfare advisory committees of a number of organizations including McDonalds, Albertsons Companies Inc. the Calgary Stampede, the US National Pork Board, National Farm Animal Care Council, Certified Humane, and Alberta Farm Animal Care. He has consulted with organizations such as Calgary Co-op, Merck and Walmart. He is a graduate of the University of Waterloo with an Honors Co-op B.Sc. Degree in biology. In addition he earned a MSc. and PhD. degree in biology from McGill University specializing in Animal Behavior.

Prior to joining the University of Calgary, Dr. Pajor was on faculty for 10 years at Purdue University in the Department of Animal Sciences where he also served as Director of the Animal Welfare Center. Ed currently resides in Calgary, Alberta, Canada with his wife and two children. 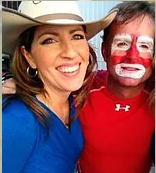 Kristina’s goal has always been to have a job where each day is a new adventure. Following a career of more than 20 years in broadcast television as a News Anchor, Producer, Writer and Sports Reporter, she made the move in 2015 to join the Calgary Stampede’s Community Engagement and Communications team.

As the Stampede’s Communications Manager for Western Events and Agriculture, Kristina feels every

new people. Using many of the skills developed over the years as a journalist, she most enjoys being

Despite having travelled extensively, Kristina still believes the best view in the world can be seen looking west from Calgary to the Rocky Mountains. These days when she travels, it’s more likely to be a camping trip. She can also been found volunteering in a number of minor sports, and searching for the spare time to curl up with her cat and a good book. 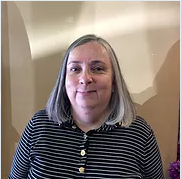 Ellen Goddard is Cooperative Chair in Agricultural Marketing and Business, University of Alberta. She came to Alberta from a position as National Australia Bank Professor of Agribusiness and Associate Dean, Coursework, at the Institute of Land and Food

Over the past 30 years Professor Goddard’s research has been focused on economic modeling of domestic and international markets for food products (particularly meat) for policy analysis purposes. Current research includes various aspects of food marketing including consumer response to food safety incidents, consumer interest in labels, demand for credence attributes, traceability and certification. She recently completed ten years leading a national policy research network for Agriculture and Agri-food Canada in Consumer and Market Demand for Food. 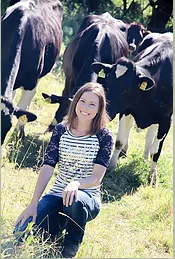 Krista and her husband Brandon farm in Washington State. They have a first generation dairy farm that was established in 2009. They have three kids and are currently in the process of adopting. On their farm, they milk on average 140 cows. Their herd consists of holsteins, jerseys and cross breeds.

Krista volunteers for several organizations and serves on multiple boards:

Krista started her blog at the end of 2013. She has since been featured in several publications: Progressive Dairyman, Pink Tractor (Fastline Publishing), Growing America, WaGrown, The Huffington Post and others! In addition to writing, Krista has also worked with several agricultural organizations and has participated in the Best Food Facts and Elanco Dairy Bloggers program. She has had the privilege to speak to 4H groups, dairy women groups, multiple AgChat conferences, a CommonGround satellite media tour, radio interviews and much more!