How to successfully raise calves in groups

How to successfully raise calves in groups 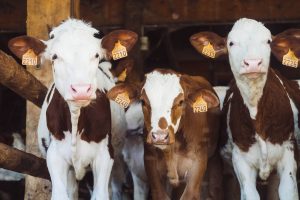 Why group housing? of milk-fed calves in pairs or groups is rapidly increasing in popularity on Canadian dairy farms. Two key reasons behind this change are the use of automatic feeders to deliver milk and grain, and the potential of reducing labour requirements per head. Many studies support the practice of keeping calves in groups from birth. For example, calves can perform social behaviours and are better able to adapt to changes in their environment, such as regrouping or new foods. Research has also shown that socially housed calves are “smarter” in cognitively challenging tasks, especially when having to re-learn a known task.

Calves raised in pairs or in groups learn how to eat solid feed sooner and have increased solid feed intakes before weaning; this benefit is especially clear when calves are fed higher volumes of milk. Grouped calves have the advantage of ‘social learning’– they can learn from their pen-mates where to find and how to eat solid feed. Socially housed calves also show a reduced response to weaning and improved performance when mixed with other calves after weaning. Housing young calves with an older, weaned companion can further stimulate feeding behaviour and growth before and after weaning. 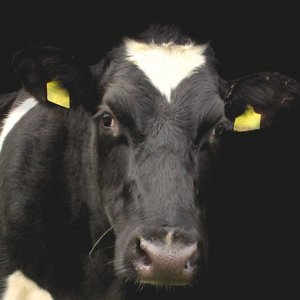 Raising calves successfully in groups requires a different set of management practices compared to individual housing. One of the most important is that socially housed calves should have access to higher milk allowances of milk, fed via a teat; this allows calves to express their natural sucking behaviour and reduces the risk that calves will show abnormal cross-sucking on one another. Calves of course benefit in many ways from these higher milk rations, including higher growth, better health and higher milk production, particularly at first lactation.

“When it comes to group size, bigger is not better” 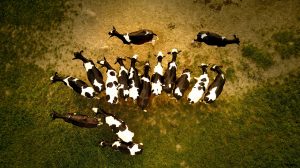 When it comes to group size, bigger is not better. Keeping large groups of calves together is associated with risks, including disease transmission. Groups of less than 8 calves are easiest to manage successfully, and whenever possible an ‘all-in-all-out’ system should be used to minimize the spread of disease between groups. This form of management helps to prevent the spread of infections between groups of animals raised in the same unit by allowing for cleaning and disinfection. Clean milk feeding equipment and bedding are also essential, as is the early identification and treatment of sick animals.

For producers that are currently using individual pens or hutches for their calves, we recommend starting by forming pairs of calves that are most similar in age. For some farms, a simple solution is to remove the partitions between individual enclosures. This requires no new equipment and can easily be adopted on many farms. If pairs work well, producers can easily expand the groups to 3’s or 4’s, again keeping the age range to a minimum.

The study is published in the Journal of Dairy Science and can be found at the following link: http://www.journalofdairyscience.org/article/S0022-0302(16)00140-5/abstract